If you are active in the kratom community since 2016, you would know about the Kratom ban attempt in 2016. Even though it was a major failure for the DEA, the kratom news around that time bothered many kratom buyers and store owners. But what is the situation now? Has the kratom ban lifted? Or is it still applicable?

If you have just recently discovered Kratom, you would not certainly know about the 2016 ban attempt. Without a second thought, one can consider it as a memorable event in the history of Kratom. This is because the kratom ban attempt was never successful, and the DEA witnessed the massive backlash from kratom advocates (something that the DEA was probably not expecting). 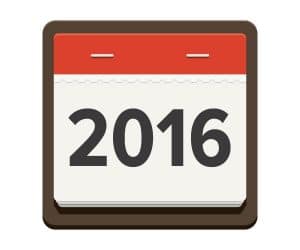 Back in August 2020, the DEA expressed its intention to put a nationwide ban on Kratom. This meant that nobody in the US would be able to sell or purchase kratom capsules or similar products. And this was unacceptable for many people.

In the case of a successful kratom ban, thousands of store owners in the US would simply lose their major source of livelihood. Furthermore, this also meant that even scientific researchers would not be able to buy kratom from any store.

Such limitations would have proven to be highly inconvenient for a big number of people. Hence, the DEA faced a huge opposition (something that was bound to happen). This backlash came from active members of the kratom community along with many scientists and some key officials with important administrative positions.

Nevertheless, now that the popularity of Kratom has increased, even more, placing a nationwide ban is very impractical. This is because this botanical herb provides a livelihood to thousands of sellers who have, in turn, created several thousand employment opportunities.

Why Does the DEA Want to Ban Kratom? 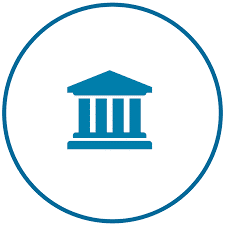 Well, the DEA is mostly targeting the alkaloids present in Kratom. Based on the DEA’s intent, Kratom was to be put into Schedule-1 substance in 2016. However, this does not make any sense because Mitragyna Speciosa is a natural product. It is an herb and not a synthetic substance.

This is the argument that kratom advocates often present to the critics. And it is a very valid argument. It is obvious that the DEA wants to curb the rising popularity of this herb. But that is just one side of the story.

On the other side, Kratom supporters and buyers actively protest restrictions. This was the main reason why the intent for a kratom ban lifted in 2016. And for as long as the kratom community stays united, such restrictions on a massive scale will never apply.

Currently, kratom is not legal in Alabama, Arkansas, Indiana, Rhode Island, Vermont, and Wisconsin. In all other states, Kratom is legal (except for few states where minor restrictions in some cities may apply).

You might be wondering why has not the kratom ban lifted in these states even though Kratom is legal in the US on the federal level.

Well, every jurisdiction has the right to place restrictions on different herbs. However, NGOs such as the American Kratom Association and stores like ‘Green Leaf Kratom’ are actively advocating for Kratom in this regard. Sooner or later, a positive change will come.

What Should Kratom Supporters Do?

Are you a Kratom supporter or a regular bulk kratom buyer? If yes, then you may be wondering what you can do to help the community. Well, the first thing that every kratom supporter should do is to guide other new buyers.

You see, when new buyers enter the kratom community, they have a lot of questions. For instance, it is common to see new buyers asking questions such as ‘has the kratom ban lifted? and ‘where can I buy kratom?’

Hence, it is highly important to guide the newcomers in the right direction before they fall for the false facts and misinformation on the internet. We at ‘Green Leaf Kratom’ do our part in all this by posting authentic newbie guides on our kratom blog.

And at the same time, we also offer the freshest and highest end kratom for sale in the US. With that, we also sell all the major kratom strains. This is especially suitable for buyers who have diverse preferences (as every strain has unique characteristics).