Are you searching for top-notch Kratom powder? Or do you want to buy Kratom capsules in bulk? Are you concerned about the quality of Kratom strains or in search of natural Kratom colors? No matter what you want, Kratom Source USA has got you covered. With a wide range of Kratom products, amazing prices, discounts, and special deals, we’re the leading Kratom vendors in the United States.

If you are one of the regular kratom buyers, you would know what DEA is and their efforts to ban Kratom a few years back. But, they did not succeed. Instead, this oppression resulted in increasing Kratom’s popularity further.

DEA has always been eager to ban Kratom throughout the United States. In this post, we are going to talk about the DEA Kratom ban update. Moreover, we’ll discuss the existing legal status of Kratom as well.

Our DEA Kratom ban update will first shed light on the DEA’s efforts to ban Kratom. Did they succeed? If yes, how much? Furthermore, you’ll read about Kratom’s current status and what the future will be for this herb.

But before we start, did you know that Kratom is legal in the United States, except for a few cities and states? If this is the good news for you, let’s get ready for more. 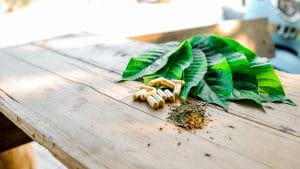 2016 marked its significance for being an anti-Kratom year in the US, although it did backlash. If you’re a regular Kratom buyer, you’d be aware of the consequences DEA had to face. And there’s no need to mention Kratom is a herb extracted from the Mitragyna Speciosa plant.

But somehow, the federal government listed it as a Schedule 1 substance. This had to happen since the DEA and other concerned authorities didn’t take into account arguments raised in the Kratom’s favor. They simply disregarded the source of Kratom and only targeted the two major alkaloids found in Kratom leaf – mitragynine and 7-hydroxymitragynine.

By the end of August 2016, Kratom was banned across the country. This ban restricted Kratom buyers, sellers, and distributors from continuing their businesses. What’s more, Kratom researches were restricted to study the unique properties of Kratom.

This temporary ban saw a massive retaliation from the Kratom community, which included many government officials holding key positions. The crowd’s negative response about the Kratom ban continued for months.

But this discontent resulted in the extension of the ban, which was supposed to be lifted on December 1st, 2016. The DEA Kratom ban update was extended for an indefinite period, but fortunately for the herb, several scientists and botanists saw it as an opportunity to discover more about Kratom.

Soon, their researches revealed some amazing results, which gave more strength to the people supporting Kratom. Eventually, the Kratom ban was lifted in 2017. Since then, Kratom has been gaining popularity, giving opportunities for Kratom vendors to chip in.

DEA, alongside FDA, hasn’t given up. They have constantly been planning to restrict Kratom nationwide. However, there is no such DEA Kratom ban update, thanks to advocates like American Kratom Association, who played a major role in legalizing Kratom.

Is Kratom Legal Throughout the US?

Although the DEA Kratom ban update in 2016 didn’t succeed, it did convince a number of states (and some cities) to ban Kratom. Therefore, you need to first ensure that the Kratom is legal in your region before buying the head shop Kratom. These are the states where Kratom is still illegal: 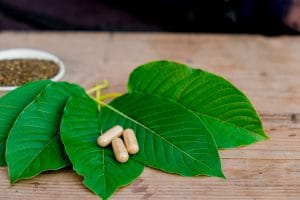 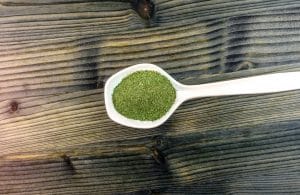 The future looks bright for Kratom, given that so many businesses have been associated with the herb. We have seen a lot of authentic vendors joining in the recent past. Also, Kratom studies have also helped people in making an informed decision.

That said, you shouldn’t turn a deaf ear to any updates from the DEA. You never know if there’s any DEA Kratom ban update lined up. The best way is to keep yourself updated with the latest news and updates. So, keep coming for more on our Kratom blog.

At Kratom Source USA, you can buy Kratom extracts, including liquid Kratom, powdered Kratom, and encapsulated Kratom. The prices are reasonable, and the discounts are amazing. So, waste no time and buy Kratom in bulk right away!