What a sigh of relief! You can lawfully buy Kratom on the internet in many cities, states, and countries. But that doesn’t mean you’re safely parked; you have to keep getting updates on the latest developments around the Kratom world. And we don’t have to tell you why. Most of the Kratom buyers are already aware of the Kratom’s legal status. It’s always dubious. And it’s not because of the lonely herb called Kratom; it’s just that many people still believe it’s similar to drugs, which is so untrue! Anyhow, besides discussing why Kratom has been riding a roller coaster, we’ll also answer the burning question: is Kratom legal in California or not?

Kratom and the World 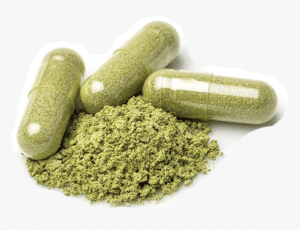 Kratom is medically known as mitragyna speciosa. It is an indication that the herb contains some of the most sought-after alkaloids: mitragynine and 7-hydroxymitragynine.

Kratom is the biggest source of these alkaloids, showcasing up to 32 different alkaloids.

On the other hand, this herb is abundantly found in the forests of Southeast Asia and can be imported from these countries:

If you’re connecting dots, you’ll be able to smell the rat quickly.

Kratom, since its introduction, has been giving a really tough competition to supplement and drug manufacturers, thereby facing legal issues in many places around the world. And the situation is not so different in the US, although things have gone better.

In the US, almost half of the country has legalized Kratom. This simply means you can buy Kratom US in these states. Only a handful of states are still standing against it. However, more than 15 states haven’t decided their fate yet. They don’t have proper Kratom regulations in place, except for a few cities where Kratom is illegal.

Thanks to the American Kratom Association for helping many states in legalizing Kratom and regulating it properly.

Is Kratom Legal In California or Not? 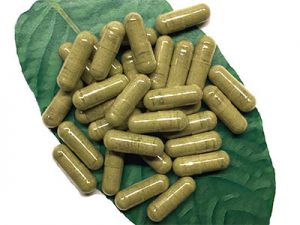 If you live in California, you’ll definitely want to know, is Kratom legal in California or you should move elsewhere to buy it easily. Even if you happen to live on the other side where the grass is greener, you can’t just buy Kratom strains without making sure if it’s organic or synthetic.

Some states still can’t figure out how to ensure a clean and non-synthetic Kratom. Then, they have large and populated cities to deal with, such as San Diego. They can’t take risks by allowing Kratom without proper regulations. That said, Kratom buyers in these states have to wait till Kratom gets its legal status.

Now, we’ll move to the question: Is Kratom Legal in California? The answer is tricky, and we want to make it absolutely clear for you. So, please, take a deep breath and read the good news first.

California is among many states that haven’t banned Kratom. Over the years, there have been many debates on this issue, but thankfully, the state of California remains in favor of Kratom.

In fact, the state has legalized Kratom, making it easier for its citizens to buy or sell Kratom according to the state-specified rules.

Now, allow us to break the bad news.

Is Kratom Legal Everywhere in California?

Not entirely. While California has been regulating Kratom products with perseverance, there’s one city that still restricts the herb. And that’s San Diego.

If you live in this city, you must have been disappointed to read it, but they are not prepared for Kratom yet. However, if you think optimistically – Kratom is legal everywhere in California, there’s a possibility you might see the Kratom ban lifted in the near future.

You can buy Kratom from local vape shops, gas stations, or Kratom stores nearby. But make sure you’re buying from the Kratom vendors who take all the necessary precautions: 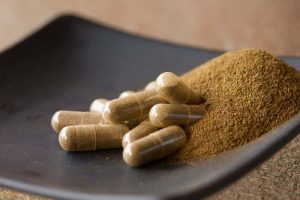 In most cases, finding the right Kratom vendor is tricky. So, instead of buying from local stores, you can opt to buy Kratom online.

Doing so will open doors of cheap Kratom strains, colors, powders, and capsules. Not only that, but you can also avail maximum discounts on Kratom shopping.

For the best online experience, visit Kratom Source USA and get your product at a reasonable price.