Are you looking for some of the best Kratom strains and varieties out there? If yes, Red Vein Borneo kratom is one the best out there. Let’s find out in detail why this amazing Kratom variety may be a perfect option for you.

What makes it even more interesting is that the parts of the island are shared by three different countries, Indonesia, Malaysia, and Brunei. However, almost three-fourths of the island is controlled by Indonesia, and this is where most of the Borneo Kratom comes from.

What is Borneo Kratom? 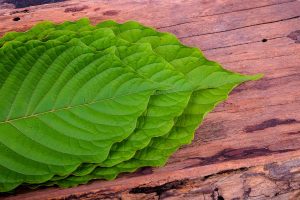 To understand what Borneo Kratom is, you first need to learn about the island it comes from – Borneo. Not only is it the largest island in Asia, but it is home to some of the oldest rainforests in the world, also home to Kratom found here.

According to some estimates, the rainforests in Borneo are more than 140 million years old. In fact, scientists believe many of the plants, as well as animal species, originate from here. So we never know if Borneo is the birthplace of Kratom. The chances are, it may be.

The center of the island has very fertile and nutrient-rich land, and this is from where most of the Borneo Kratom is sourced. Kratom trees that are smaller than larger trees grow naturally in these rainforests and even do better under the shadow of larger trees (saves them from direct sunlight).

However, with the high demand in the West, especially North American, that imports one-fourth of the all Kratom, many people are now farming Borneo Kratoms using modern techniques. This is also good for fast reducing rainforests, as there was massive deforestation in the region due to palm oil plantation.

The good thing is, due to the rise in the demand for varieties like Red Vein Borneo Kratom, many farmers are switching from palm oil plantation to Kratom farming. This means they are adding back to the rainforest as Kratom trees are a natural part of the Borneo rainforests.

What is Red Borneo Kratom? 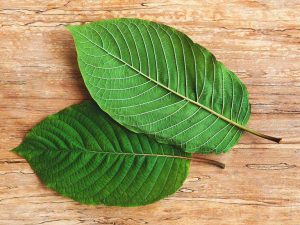 Just like any other Kratom strain, Borneo Kratom is also available in different natural vein color variations. One such variation is called Red Vein Borneo Kratom, which is also the most popular among different options.

Normally, the veins of the leaves that are oldest and are filled with nutrition turn red due to a higher concentration of alkaloids. This is when farmers harvest them, and turn the leaves into different product categories, like Kratom capsules, Kratom powder, extracts, and other forms.

Other than red and green vein color, there is another variation as well, White Vein Borneo Kratom, which falls in the middle of the two extremes.

Red Vein Borneo offers you one of the highest concentrations of key alkaloids like mitragynine and 7-hydroxymitragynine that can match with strains like Maeng Da Kratom and Bali Kratom. Coming from one of the most fertile lands in the world and one of the oldest rainforests, you can expect a rich content in red vein Borneo kratom, especially in terms of key active alkaloids. 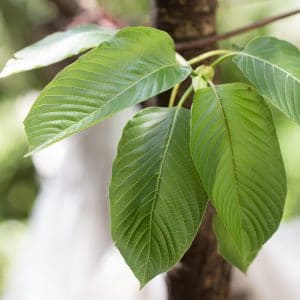 There are plenty of options in terms of product categories when you are buying Red Vein Borneo Kratom. You can buy Kratom easily on different online stores as well as your local stores, but when it comes to product variety and options, online is always better.

As Borneo Kratom is one of the most in-demand Kratom strains, especially the red vein variation, you can find it on most online stores. It is most commonly available in powder and capsule form, but you can also find liquid and extract forms in a few stores.

However, powder Red Vein Borneo Kratom is the most popular product category.

All in all, if you are looking for a strain that offers you a rich concentration of key alkaloids like mitragynine and 7-hydroxymitragynine, Red Vein Borneo Kratom is one of the top options. We are sure after reading our article, you can now make an informed decision when buying this variety.

This is one of the most in-demand Kratom strains in the US as well, with most Kratom enthusiasts praising their experience on different forums. If you want to learn more about other varieties and Kratom strains for comparison, you can always find similar guides on our Kratom blog.