If you are searching for high-quality Kratom products, this is the right place! At Kratom Source USA, we deal in authentic Kratom and have a wide range of mitragyna speciosa strains and colors. The prices are economical, and shipping is free on all orders exceeding $150.

Moreover, you can find all the Kratom brand reviews in our Kratom blog. In this post, we shall talk about one such popular brand known as Rocky Mountain Kratom.

Who Was Rocky Mountain Kratom?

Rocky Mountain Kratom was a popular Kratom retailer based in Denver, Colorado. It is not in business anymore, but many Kratom enthusiasts still remember this Denver-based kratom retailer.

Even today, when the company no longer exists, we see people talking about their products on different Kratom platforms. Some people still frequently search for Rocky Mountain Kratom on Google, Yahoo, Bing, and other search engines.

Not only did the Rocky Mountain Kratom vanish after getting fame and popularity, but the owner’s second business, Artisans’ Apothecary, also met the same fate.

Rocky Mountain Kratom had a humble beginning, started off with a peddler’s license by Jeremy Haley. It was truly due to the owner’s efforts and commitment that Rocky Mountain Kratom became a household name, and people started calling it RMK instead of its full name. A business with so much popularity was never perceived to be going out anywhere, but it did.

When the Denver-Kratom vendor was launched, online shopping was not as common as it is today. Obviously, the local store’s price tags were slightly higher than the likings of the Kratom buyers. Another thing is, there was no concept of independent lab-testing or Kratom verification.

However, people had no issues with the quality of Kratom, consistency, or packaging. They were only concerned about high prices.

The Denver-based Kratom vendor used to deal in a limited number of Kratom strains. But what sets it apart is its commitment to quality. Their popular Kratom strains include:

We don’t have more information about their products; it doesn’t mean they were dealing in these strains only.

How Much Did Rocky Mountain Kratom Cost? 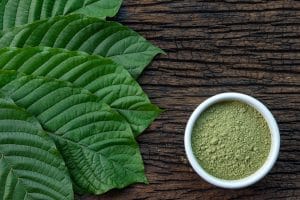 Rocky Mountain Kratom used to sell at the following rates:

While many Kratom retailers sell a Kratom ounce for (more or less) the same price, a Kratom Kilo was surely a debatable topic then.

RMK had been associated with quality Kratom and over-the-top customer support. At the same time, they faced a lot of criticism related to prices. However, people used to respect their commitment to Kratom and appreciated their efforts to legalize Kratom in Denver.

The company, including the owner and staff, would go out demonstrating against bans and would donate to American Kratom Association, a well-recognized association with a mission to legalize Kratom throughout the country.

What Happened to Rocky Mountain Kratom? Why?

In 2016, the retail store was closed because of the Kratom policy changes. Later, the brand was sold in Artisans’ Apothecary, the new venture by the same owner.

Rocky Mountain Kratom was closed after the DEA’s Kratom ban announcement back in 2016. Kratom was classified as a Schedule I substance, resulting in a nationwide Kratom shutdown.

Although the Kratom ban was lifted in many states and cities, including Colorado, the city of Denver is still not keen on legalizing the herb. You might say that Rocky Mountain Kratom could have been shifted to another place, but it never recovered from the fallout, hence vanished completely.

Danica Lee, the acting director of Denver DEH health inspection, took strong steps against the company. Also, the owner was never compensated for the losses he suffered due to the Kratom ban.

We source our Kratom batches all the way from Southeast Asia, working closely with experienced farmers in the region. We are determined to bring high-quality mitragynine products to the table, making sure they’re safe. For this purpose, our strains undergo strict quality checks to make sure the alkaloid content remains consistent across all similar products.

Furthermore, the prices that we offer are some of the lowest in the industry! So, what are you waiting for? Order Kratom from us now!