Hence, it is not uncommon for new kratom buyers to feel some confusion before selecting a brand. Of course, buyers who have plenty of money to spare will not mind doing some hit and trial to find the best brand. However, budget buyers would not want to take any chances with their money.

What is Kratom Virtue? 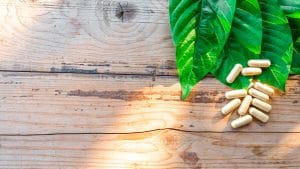 Kratom Virtue is a kratom brand that first entered the market in 2015. While it started as a very small company with a limited range, Kratom Virtue now has now grown quite a lot. Today, they have a good reputation in the kratom industry and hence, a loyal base of buyers.

In the kratom world, it is not uncommon for kratom brands to routinely go through a rebranding. For instance, many stores do a total makeover after receiving tons of negative reviews. A makeover offers these stores a chance to start over once again.

However, Kratom Virtue has not undergone a makeover since its creation. This suggests that the brand has been doing something right, given the fact that it has survived for almost 6 years now.

But which group of enthusiasts does Kratom Virtue target? Are their products favored towards rich buyers or would budget buyers also find this brand suitable? Let us now answer these questions.

Who Should Buy Their Products?

At the time of this writing, the Kratom Virtue store has quite a decent pricing policy. The brand is certainly not geared for budget buyers. That is because their kratom strains are by no means cheap. But they are priced decently and based on the reports, the quality is also acceptable.

So, Kratom Virtue is suitable for middle-end buyers who do not mind sparing some money. This brand generally targets kratom enthusiasts who want the perfect balance between affordability and quality.

What Do They Offer? 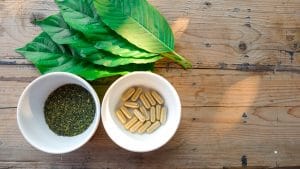 The Kratom Virtue store offers several strains of kratom. New buyers should note that the alkaloid profile in Mitragyna Speciosa (Kratom) varies considerably in every strain. The profile mainly depends on the local environmental conditions in which the strains are growing.

Depending on that, Indo Kratom would be different from Thai kratom. Even though both belong to Southeast Asia, slight changes in the local conditions have a considerable effect on the composition of alkaloids in Kratom.

And that is why both Indo kratom and Thai kratom are sold as separate products. Since these are classic strains, you can easily find them in almost all stores, including Kratom Virtue.

Other than these two, Kratom Virtue also deals with the Elephant kratom, Horned Kratom, Maeng Da Kratom, Vietnam Kratom, and Malay Kratom. However, their color variety may not be huge.

In comparison, our store, Kratom Source USA offers a larger variety of strains under all color categories. That is because our network is spread throughout Southeast Asia, the land where the roots of kratom stem from. Since we relate to the best Southeast Asian kratom facilities, all our products are of the highest quality.

Also, we offer incredible bulk deals because we import our kratom in bulk. So, the higher you buy, the more you save!

What Do the Customers Say?

Apparently, the customers of Kratom Virtue seem to be happy with their purchases. Of course, no kratom store is perfect. So, if you look up on the internet, you might as well come across some negative reviews.

However, the number of positive reviews greatly outshine the negative ones, which suggests that they are isolated occurrences. 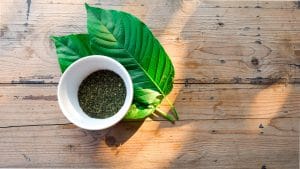 Overall, the Kratom Virtue store is decent enough. All their Kratom (Mitragyna Speciosa) products have proper labelling. At the same time, their prices are not over the roof either. Considering their quality, this store is suitable for enthusiasts who are looking for middle-end kratom.

However, for the best bulk deals on higher-quality kratom, you may want to check out our store, Kratom Source.

For more information about other kratom stores, feel free to refer to the other posts in our kratom blog. We regularly cover both new and old stores to help kratom enthusiasts get the best deals!