If finding high-quality Kratom strains like Malaysian Kratom looks difficult, you should try Kratom Source USA, one of the leading US-based Kratom vendors online. Here, you can find a wide range of Kratom strains, rare and popular, in all the natural colors. Moreover, our Kratom prices are reasonable, and we also offer bulk buying discounts.

We mentioned interesting Kratom-related information and we mean it. This post is about a widely popular mitragyna speciosa breed from Malaysia, called Malaysian Kratom.

What is Malaysian Kratom? 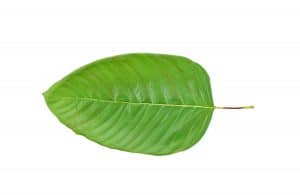 Before we move on to interesting facts about Malaysian , let’s quickly learn the basics. As the name suggests, this breed of Kratom is found in Malaysia, which is an important country in Southeast Asia. Malaysian Kratom grows in the deep rainforest of Malaysia.

The color of Malaysian leaves is dark green. The leaf is oval-shaped and long.  Like every leaf, Malaysian Kratom leaves also feature veins that are green when the leaf is in its initial growth stage.

Now, you know the basics, let’s move on to the main subject. Here are some interesting facts about Malaysian .

Where Does Malaysian Kratom Grow in Abundance?

The Malaysian Kratom can be found in abundance in the northern states and east coast of the Peninsular, growing wild in the forest areas and surrounding villages. The Federal Land Development Authority (FELDA) areas specifically have become a hotspot where Malaysian trees are planted in abundance.

Another Name(s) for Malaysian Kratom

In Malaysia, Kratom comes under the category of listed items, hence restricted domestically. This ban comes soon after Thailand and Indonesia enforced a Kratom ban.

While they have banned it for the native, Malaysian Kratom is still a popular export product in Malaysia, adding to the GDP of the country. While we cannot find country-wise stats, we did get collective data of the major Kratom exporters.

Kratom exports, including Malaysian Kratom, accounted for $130 million in 2016. 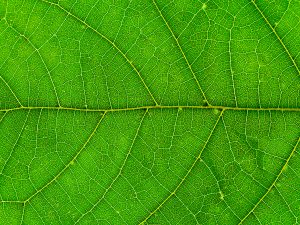 It’s been exported to all the Kratom-legal countries and the United States has been the top importer of this strain. The demand for Kratom has been consistently increasing in the United States, hence the imports.

In 2016, Kratom exports only to the United States measured approximately 400 tonnes per month. Apart from the U.S, Europe is the leading importer of Kratom and Malaysian Kratom is one major import item on their list.

In the United States, Malaysian Kratom is sold in the form of Kratom powders, capsules, liquid extracts, and raw Kratom leaves. Among others, Kratom powder is arguably the leading product that you can find in almost every Kratom store, whether online or local.

Not just Malaysian , but we have a wide range of Kratom strains, all top-quality. As one of the leading Kratom vendors in the country, Kratom Source USA complies with all the regulations and standards stipulated by American Kratom Association, making sure our products stand out from the rest.

So, if it’s Malaysian Kratom, Bali Kratom, Indonesian Kratom, or any other strain, you can choose your strain confidently at Kratom Source USA.