Next on our series of reviews of different Kratom strains and varieties is Super Indo Kratom. In this article, we will discuss everything you may want to learn before buying Super Indo Kratom, so keep reading.

To start with, Kratom is getting more and more popular in the US. A couple of decades ago, there were hardly any Kratom buyers in North America. Today, there are more than 5 million Kratom enthusiasts in the country who buy Kratom regularly, along with NGOs like the American Kratom Association with thousands of members.

However, with an array of amazing options available to you, the question remains, which one to buy? This Super Indo Kratom review can be an answer to this question.

What is Indo Kratom? 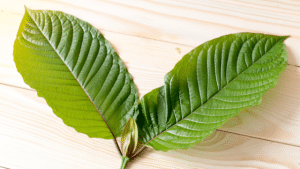 As the name reflects, Indo Kratom grows in different Indonesian islands and is known for its high-quality. It is actually an umbrella term used for many other varieties and blends that are all sourced from Indonesia.

Do you know which country imports the largest proportion of Kratom in the world? Yes, right, the United States, that imports almost 25% of all the Kratom that grows in the world. And do you know from where most of the Kratom is sourced? Correct, Indonesia, with 95% of all Kratom exported to the world, comes from this country.

The reason is the high-quality Kratom and an amazing range of Kratom strains that grow in Indonesia. Other than Indo Kratom, the most popular Kratom strains like Bali kratom, Borneo Kratom, Maeng Da Kratom, Sumatra Kratom, and a few more are all sourced from Indonesia.

This is because Kratom is a natural part of Indonesian rainforests that are also ranked among the oldest rainforests on earth, some going back to 140 million years. The Kratom sourced from these rainforests is very high in key alkaloids and ingredients, due to the fertile land, nutrient-rich soil, and perfect tropical climate under which Kratom trees thrive.

However, with the rise in the demand in the West, and foreign remittance flowing in, many farmers are now also farming Kratom, often switching from palm oil cultivation. As a result, adding back to the endangered Indonesian rainforests.

Simply put, when you are buying Super Indo Kratom or any Kratom strain, you are actually saving Southeast Asian rainforests. The demand for these strains is pushing more and more people to grow Kratom trees, which is the natural part of these rainforests.

What is Super Indo Kratom? 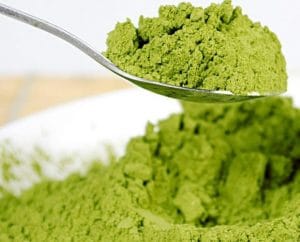 Due to the larger leaves, the Super Indo Kratom is also often named as Indo Elephant Kratom. Also, with larger leaves comes a higher concentration of key alkaloids like Mitragynine and 7-Hydroxymitragynine.

In fact, Green Super Indo Kratom also has a higher concentration of alkaloids, even when, in most strains, the alkaloids ratio is less in Green vein variations.

This is the most commonly available vein color variation and the most popular too. Due to the larger size of the Kratom leaf, you can find a higher concentration of alkaloids in this one compared to other green vein strains.

Although rare, this vein color is also available in some stores. It is sourced from comparatively older leaves with white veins.

For those who like the highest ratio of primary alkaloids, like Mitragynine and 7-Hydroxymitragynine in their Kratom, the red vein is the best as it comes from the most mature Kratom leaves.

Next, you have to decide on the product category. Fortunately, you can find Super Indo Kratom in different forms on online stores. The most popular and in-demand category is Kratom powder, followed by Kratom capsules. You can also find Kratom in extract and liquid form on some online stores.

We are sure you can now make an informed decision when it comes to buying this amazing variation of Kratom. If you want to learn more about other Kratom strains, feel free to give our Kratom blog a visit, and we are sure you will find all the info you are looking for.