Red Vein Thai Kratom: What You Need to Know

Unless you’re living in Kratom oblivion, you’ll know that the herb has different strains and colors. While Kratom enthusiasts have spent a lot of time understanding the underlying principles of these changes in Kratom varieties, newbies are often unaware of many Kratom secrets.

For instance, did you know that Kratom is so popular that several associations are working towards its legalization in the US?

While they strive to achieve their purpose, let’s discuss some other things about Kratom, such as its colors. In this article, we’ll discuss Red Vein Thai Kratom and where it comes from.

Instead of diving right into the deep part of the Kratom life, let’s discuss the simpler aspects: the color. Surprisingly, many people think that different colors originate from different seeds. However, the reality is quite the contrary.

All Kratom colors come from the same tree. Let us explain how. As the Kratom tree grows, the leaves change color with time. When they’re young, they appear green. This is when Kratom farmers harvest green Kratom varieties.

As the leaves grow older, the color changes to white. Now is the right time to get the white vein Kratom. So, where does the Red Vein Kratom come from?

As the leaves reach the peak of their maturity, their veins turn red. Now the plant is ready for yielding Red vein Kratom. As you can see, it’s the same tree offering different Kratom colors. While this explains the vein color of Red Vein Thai Kratom, it doesn’t hint about its origin. 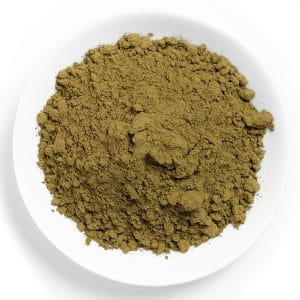 Like other Kratom strains, Red Thai Kratom’s name also contains its source country’s name. Red Vein Thai Kratom comes from Thailand, where it has been grown for centuries.

But why is Kratom from Thailand so popular across the globe?

That’s because Thailand has the optimum conditions for growing Red Thai Kratom and other popular strains. The Kratom tree is a deciduous tree, which means that it does not flower all year long. Thus, it needs a strong summer heat to flourish. That’s precisely what Thailand has.

Thanks to the humid and hot conditions of the country, Red Vein Thai Kratom thrives there. Also, the soil is wet, thus being perfect for Kratom growth.

When the farmers realized the soil’s potential, they started growing Kratom in bulk. They exported the harvested product all around the world until 1943. So, what happened in 1943? This year, the Thai government passed the Kratom Act.

As per this Act, farmers could not grow any more Kratom trees. However, this did not mean that the existing trees were cut down. They could still grow and flower, but cutting them was illegal according to the regulations. 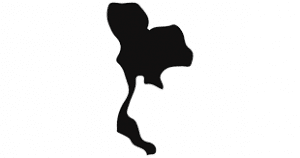 Since the early 2010s, there have been attempts to legalize Kratom in Thailand.

Kratom activists got very close to legalization in 2004 and 2013, and their efforts yielded results in 2018. The government did not legalize Kratom, but they did pass some rules for its production and export.

Owing to these reforms, you can now buy Red Vein Thai Kratom in the US as well. From Kratom capsules to Kratom powder, there are plenty of options. 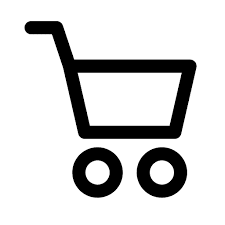 No matter what strain it is, when you buy Kratom, ensuring high quality should be your top-most preference. However, in terms of Red Thai Kratom, there are often a few confusions.

First of all, people are often divided about the original Red Vein Thai Kratom because sometimes, it may not come from Thailand.

How does that work?

Well, today, Red Thai Kratom doesn’t always directly come from Thailand. Sometimes, it grows in countries close to Thailand with similar weather conditions. You might be wondering: if it’s coming from another country, why is it called Red Thai Kratom?

That’s because the Red Thai Kratom seeds are used for growing the strain, even in a different country.

Mostly, farmers grow the strain in Sumatra, Borneo, and other cities in Indonesia. Kratom export is legal there, so it’s easier to ensure a variety of strains always ready for shipping.

Here’s a word of advice for all the first-timers: if you’re buying Red Vein Thai Kratom from local vendors, always ensure quality. Who knows they may be selling you cheap Kratom mixed with harmful substances in the name of Red Thai Kratom?

Apart from that, you’re good to go because Red Thai Kratom is the ultimate choice for most beginners. Hopefully, you’d have learned a lot about the strain in this article and will pass on the information to your Kratom buddies.