There’s no such thing as too much Kratom! With the Kratom high demand reaching levels it’s never seen before, the number of Kratom vendors has multiplied many times. Most of these vendors will tell you that their Red Kratom products are the most demanded in their Kratom-for-sale section!

But does Red Kratom live up to this enormous expectation set upon it by the Kratom community? Let’s find out in this detailed article providing all the necessary information you need on the Red Kratom color.

The Origin of Red Kratom 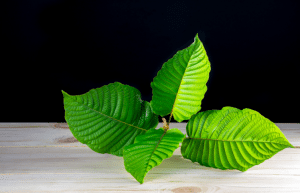 Like any other primary Kratom color, the Red Kratom color originates in the leaves of the Kratom trees growing in Southeast Asian regions such as Malaysia, Indonesia, Vietnam, etc. The scientific name given to this tree is Mitragyna speciosa and the growing conditions in these regions suit this tree perfectly.

There’s a rumor circulating in the Kratom community that Red Kratom is the most easily available Kratom color. The truth is, Red Kratom trees are the most mature and also the easiest to identify for Kratom farmers. Furthermore, since it is the most demanded color, most farmers choose to harvest their Kratom only when it’s at the Red Kratom stage.

What Are The Primary Kratom Colors?

Want to know more about the primary Kratom colors? Most Kratom buyers don’t know that the Kratom leaf changes color as it grows mature. Each color provides a unique set of properties and the available colors are as follows:

Green Kratom is the first color that develops in the veins of the Kratom leaf. These Green Kratom varieties are considered perfect for people who are being introduced to the Kratom world. They are known to have the lowest alkaloid concentration levels as they are picked at the earliest stage of maturity.

The final Kratom color in this equation is the Red Kratom color. Being the most mature Kratom color, it possesses the highest levels of alkaloids. As a result, the properties of Red Vein Kratom are highly sought-after in the Kratom world!

Why Is Red Kratom So Highly Demanded? 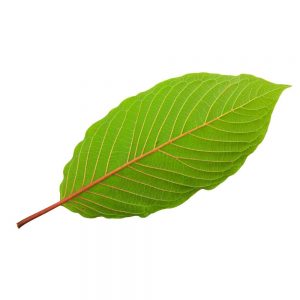 Wondering why Red Kratom has such high demand? Could it be because the color Red is the favorite of most Kratom enthusiasts? While that could be one of the reasons, the major reason for the high demand for Red Kratom is the fact that it provides the highest concentrations of alkaloids!

These alkaloids are responsible for giving Kratom all of its properties and the two alkaloids that play the biggest roles are Mitragynine and 7-hydroxymitragynine. In Red Vein Kratom, these two alkaloids exist in the highest amounts. If you visit different Kratom forums, you’ll see that many have even called Red Kratom the ‘King of Kratom colors’!

Other than that, we also provide a list of rare Red Kratom strains that you’ll have a hard time finding anywhere else. Kratom buyers jump at the chance to buy these Kratom strains as they are rarely available. Some of these rare Kratom strains include:

What Varieties Can You Expect To Find In Red Kratom?

Kratom buyers will be pleased to know that Red Kratom is available in countless types of Kratom forms that are as follows:

While some of these forms are new in the market, others like Kratom powders and Kratom capsules have been around for decades and have won the hearts of millions of Kratom buyers. At Kratom Source USA, we provide some of the best Red Kratom powders and capsules as we source our Kratom directly from the farmers in Southeast Asian regions.

Is knowing about Red Kratom enough if you don’t know where to buy authentic Kratom from? We don’t think so! No worries though as we at Kratom Source USA are here to solve your problem as we provide some of the best Kratom currently available online!

Our Kratom is sourced directly from the experts in Southeast Asia and it goes through several quality checks to make sure all contaminants are removed. Furthermore, we offer a wide variety of Kratom products at some of the best prices in the market. So, what are you waiting for? Buy Kratom from us now and see for yourself!

Make sure to visit our detailed Kratom blog to check out interesting articles related to Kratom such as ‘How to make Kratom tea?’