What Does Kratom Do to the Local Economy?

Money Tree – this is what the Kratom tree is called in many rural areas in Indonesia. You must be wondering why? It is called the Money tree because of the dollars Kratom leaves are bringing to the locals. So what does Kratom do to the local economy at a global level? Let’s explore this in the article. 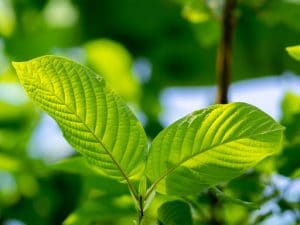 If you are one of the more than 5 million Kratom enthusiasts in the US, you must already have an idea where Kratom grows. All the Kratom you can buy in the US or North America is imported from Southeast Asia.

Kratom is a tropical plant that only grows in Southeast Asia due to the perfect growing conditions and tropical climate. Kratom trees are, in fact, part of the Southeast Asian rainforests for millions of years, and Kratom leaves are part of the local culture for centuries.

For hundreds of years, the Kratom herb was only part of this region’s lifestyle, but things changed in the last few decades. Kratom herb was first identified by the West during colonialism when Dutch botanists discovered the herb.

The Vietnam war played a role in introducing local Kratom to the Americans when a lot of American soldiers brought this new herb back to America. As the number of online vendors and importers increased in the last few years, there is a huge rise in demand.

Some of the rural villages are earning USD 70,000 a month, while a lot of Palm Oil farmers are switching to Kratom, which is also helping the local economy.

So what are the effects of the Kratom on the local economy after all this? A lot. Let’s start with global trade.

What Does Kratom Do to the Local Economy?

Kratom has a double impact, both on the local US economy as the Indonesian economy. Most popular Kratom strains come from Indonesia, like Bali Kratom, Borneo Kratom, Indo Kratom, and many more.

Most importers in the US either import Kratom leaves in raw form or in the form of Kratom capsules, Kratom powder, and liquid Kratom. This creates a flow of money from the US to rural Indonesia, improving thousands of people’s lives.

With bioproducts being the top exports of Indonesia, the share of Kratom’s contribution is also on the rise. Even though Palm Oil is still the primary export earning USD 10 Billion a year, Kratom is also now earning a significant amount. The bioproducts market is now touching around USD 700 Billion, Kratom being a growing part.

This global trade is helping different economies all over the world, and Kratom is now becoming a part.

Where to Buy Kratom in the US?

Enough with the global economy, what effects Kratom has on the US economy? Well, as mentioned before, there is a rise in demand. There were a few thousand buyers of Kratom in the US just a decade ago, but now the number has crossed over 5 million people and is even increasing every day.

This has an impact on the local economy, especially within the herbal industry. Today, Kratom is available in local stores as well as online stores. There are hundreds of Kratom importers who are importing Kratom and delivering them to senders. In some cases, even directly selling to the customers. Kratom Source USA is one such example, and hence the low prices.

The rise in the number of online sellers and local brands not only create employment but also helped deliver services all across the US. These vendors are also adding more and more to the tax like the sales rise.

When you buy Kratom, you are not only helping the local economy but also the rural economy back in Indonesia. On top of that, there is one more important question, what are the effects of Kratom on the local environment?

The good news is that Kratom also positively impacts the environment, especially in slowing deforestation in the region. You can learn more about Kratom’s impact on the environment and forests on our Kratom blog.