Elephant Kratom: All You Need to Know

In this article, we will discuss everything you want to learn about this unique strain, and if it is a good option to buy next?

But if you are new to Kratom, you must be wondering why this herb is trending nowadays. Kratom, in the last few years, has become increasingly popular in the western world.

Today, there are more than five million regular Kratom enthusiasts in the US alone, while the United States is also the largest importer of Kratom in the world.

Even though new to the West, Kratom has been part of Southeast Asian culture for hundreds of years. In fact, the Kratom tree is part of some of the oldest rainforests in the world situated in Southeast Asia, some even more than 140 million years old.

You can even find hundreds of Kratom tea recipes from Southeast Asia. 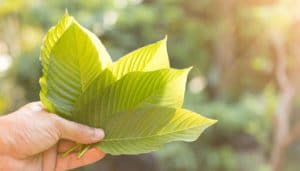 Do you know how many Kratom strains are out there? More than two dozen, with Bali Kratom, Maeng Da Kratom, often rated as the most popular. However, every Kratom offers you a unique set of properties and characteristics, so it is not about popularity, it is about finding the Kratom that you like the most.

Most of the Kratom strains come from Indonesia, as Indonesia grows and exports 95% of all Kratom produced in the world. Elephant Kratom also grows in Indonesian rainforests and jungles, like many other Kratom strains (Borneo Kratom, Kali Kratom, Sumatra Kratom, etc.).

Simply put, if you want to buy Kratom and the names Elephant Kratom or Indo Elephant confuses you, there is no need to worry as the chances are, both are the same strain.

What is Elephant Kratom? 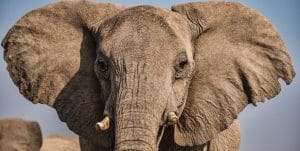 Elephant Kratom is another popular Kratom strain, which unlike other popular strains, is named after the shape of its leaf. As you may already have been wondering, why Elephant in the name?

The reason behind this unique name is the shape and size of the Kratom leaves. They are so big that they often resemble Elephant ears, which is why the name. In fact, Elephant Kratom has the largest leaves among all Kratom strains.

Due to the larger size of the leaves, the Kratom tree has an ability to store a larger proportion of key alkaloids like Mitragynine and 7-Hydroxymitragynine. The higher concentration of the primary alkaloids is also the key reason why Elephant Kratom is one of the most popular strains out there.

However, compared to other commonly available Kratom strains, Elephant Kratom is still rare. You can’t find it on every other Kratom vendor like you can some other strains like Bali Kratom and Maeng Da Kratom. 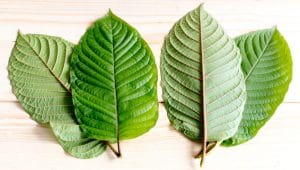 As most Kratom strains are available in different vein colors, the same is the case with Elephant Kratom. Be it red vein Kratom or other varieties. However, green vein Kratom is the most popular color variety for this strain.

As it comes from the largest Kratom trees with huge leaves, the concentration of alkaloids even in green vein Kratom is high. Simply put, in most cases, you can find Elephant Kratom in all three natural vein colors, which include green, white, and red.

If you are lucky, you may also find it in yellow and gold strain, but this is extremely rare. Most of the Elephant Kratom is sourced from the trees that grow naturally in the Indonesian rainforests. There is still no large-scale farming for Elephant Kratom, like some other popular variations.

In terms of product variations, you can find this Kratom strain in Kratom powder as well as the Kratom capsule form. In some stores, you can even find Elephant Kratom in extract and liquid form as well.

Elephant Kratom, also known as Indo Elephant, is a popular Kratom strain among Kratom enthusiasts, and for all the right reasons. With blogger leaves, comes a higher concentration of alkaloids and superior quality.

If you are new to Kratom, or just want to switch to a new strain, in both cases, Elephant Kratom is a great option. To learn more about other Kratom strains, different vein colors, and Kratom related news, you can always visit our Kratom blog.